32 types of pancakes from around the world - and that's not all of them!

It's Pancake Day! Why not try something different? Here's a great choice of pancakes from around the world!

Aebleskiver (Denmark)Yes, they don't look like your typical pancake – and being fluffy and hot, and dipped in jam and sprinkled with powdered sugar, they may sound more like doughnuts! But the Danes definitely consider them pancakes, being made from batter and cooked in a pan (albeit a special cast iron pan with indentations to cook them in).

Anjero (Somalia)
A spongy flatbread made with raising yeast flour, similar to the Ethiopian injera.

Recipe from My Somali Kitchen

Arepas (Venezuela, Colombia)
These cornmeal pancakes can be a vehicle for numerous fillings, similar to Mexican tortillas. In Venezuela, arepas are thick and rounded, roughly palm-sized and often split open and filled like pita bread. In Colombia, you're more likely to find larger, flatter, floppier arepas folded around fillings.

Baghrir (Algeria)
Meaning ‘pancakes with a million holes’ and made with yeast to create spongey, crumpet-like pancakes. Delicious served with honey.

Recipe from My Moroccan Food

Banh Xeo (Vietnam)
Made with rice flour and coconut milk, these crispy pancakes are usually stuffed with pork, shrimp and bean sprouts and served with fish sauce.

Bindaetteok (Korea)
Made with mung beans, kimchi, bean sprouts and a little pork, and served with dipping sauce.

Bing (China)
There are many types of bing, from doughy, bready ones to elastic, paper-thin versions. Perhaps the most well-known in the West is cong you bing (scallion pancake), a wheat-based dough that's rolled up, spiraled, flattened, and pan-fried. Chewy, flaky, and savory, they’re often served with a soy dipping sauce.

Recipe from The 350 Degree oven

Boxty (Ireland)
Made with finely grated raw potato, mashed potato, flour, baking soda, buttermilk and egg, spread thin on a griddle and cooked both sides. Often filled with meat or used as a wrap, similar to a tortilla.

Buttermilk Pancakes (USA, Canada)
Light, fluffy and small in diameter, often stacked up with fruit fillings and sweet toppings for dessert, or served with crispy bacon and maple syrup for breakfast.

Crespelle (Italy)
Similar to a French crêpe, and often made using chestnut flour instead of all wheat. They can be rolled and stuffed with savoury fillings such as cured meats, vegetables and cheese.

Dosa (South India, Sri Lanka)
Thin, savoury delicacies made from fermented rice and lentil batter, and usually eaten with a filling like spiced potatoes, cooked vegetables, or even cheese.

Farinata (Italy)Just chickpea flour, olive oil and water, mixed together and baked in a pan (copper is traditional). Crisp on the outside, moist and smooth on the inside. In Southern France it's known as socca, and in North Africa cumin is added and it is called karane (Morocco) or karantita (Algeria).

Gözleme (Turkey)
A savoury flatbread made with flour, salt, and water and rolled out thinly and cooked on a grill until little brown spots (or ‘goz’ – eyes) appear. Delicious with spinach and feta.

Haemul Pajeon (Korea)
There are many types of Korean pancake, and this scallion and seafood one is rather chunky, being filled with shrimp, scallops, or squid.

Hotteok (Korea)
Made from a sugary, yeasty wheat-based dough that's left to rise like a bread, stuffed with sticky fillings like syrup, caramel, or honey, then pressed flat and griddled for a molten filling and a tender dough well-toasted on each side.

Injera (Ethiopia, Eritrea)
The foundation of most meals, these flatbreads are made from teff flour and served with stews, dips, cheeses and salads. These pancakes have a spongey texture and are perfect for mopping up sauces.

M'semen (Morocco)
Made from a yeasted semolina dough, stretched extremely thin and coated with butter and/or a filling of spiced ground meat or honey, then folded repeatedly until it becomes a thin strip (like the lamination technique used to make puff pastry), flattened out and pan-fried. Known by different names in other North African regions, eg Maârek in Algeria.

Recipe from The Teal Tadjine

Okonomiyaki (Japan)
From the words okonomi meaning ‘what you want’ and yaki meaning ‘grilled’, these savoury pancakes are made with flour, egg, cabbage and a choice of whatever ingredients you prefer - meat, seafood, wasabi, plum sauce…

Pannukakku (Finland)
A vanilla-scented pancake that is baked rather than fried, creating a puffed-up cake with a crisp top and gooey inside. Served in slices, topped with icing sugar, cream, jam or fruit.

Panquecas (Brazil)
A thin wheat flour pancake, rolled and filled – usually with minced meat and covered with tomato sauce, but ricotta and spinach is popular too.

Poffertjes (Netherlands)
Miniature fluffy pancakes with a spongy texture, poffertjes are cooked in a special pan and usually topped with icing sugar.

Recipe from The Dutch Table

Pupusas (El Salvador)
A close relative of the arepa and the gordita, but pupusas use nixtamalized corn (like tortillas) and are sealed around their filling, usually hot melted cheese, meat and/or beans, before cooking.

Recipe from My Silly Little Gang

Raggmunk (Sweden)
Thin pancakes made from a batter of grated potato, wheat flour, milk and eggs, often served with fried pork and lingonberries. With dill added, they are a popular accompaniment for gravadlax.

Roti (South & Southeast Asia, West Indies)
Cooked on a griddle until the pale dough is lightly speckled, these thin wheat pancakes are wrap-like but substantial, decidedly on the flatbread end of the pancake spectrum. When deep-fried they are known as poori, and when layered with ghee or oil they become paratha.

Recipe from Food Like Amma Used To Make It

Roti Jala (Malaysia)
Soft and slightly chewy, roti jala are savoury pancakes that often include turmeric to give a golden-yellow colour and are served as a side dish. They are poured into an oiled pan using a special scoop with several holes in the bottom, or squeezed from a plastic bottle to create the traditional 'net' pattern.

Serabi (Indonesia)
A combination of rice flour and coconut cooked in an earthenware pan over a charcoal fire, serabi are small and dense, and either topped with sprinkles or chocolate chips for dessert, or strewn with cheeses or meats for a savory snack. Also common in Bangladesh, Myanmar, Laos and Thailand, where they’re known as khanom khrok.

Recipe from My Greek Dish

Tortillas (Mexico)
These well-known savoury pancakes are traditionally made from nixtamalized corn, and can be eaten by themselves or filled with beans or meat to make tacos, enchiladas, quesadillas and many other popular Mexican dishes. 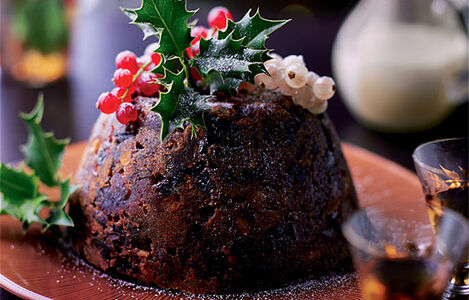 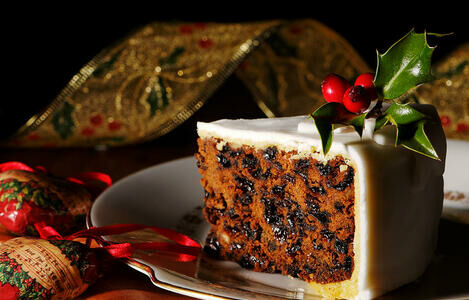