All Weedol Products
All Weedkiller
Description

The easy way to weed! Weedol Pathclear Weedkiller tubes contain a liquid concentrated weedkiller that is convenient and easy to use.

The pre-measured tubes of residual weedkiller are for application through a watering can or pressure sprayer to gravel paths, drives and waste ground. Simply snap off the top, mix and spray. That?s all there is to it!

The advanced formula kills the leaves and kills the roots of existing weeds so they won?t come back, while preventing new weed seedlings from emerging for up to 3 months!

Weedol Pathclear Weedkiller?s advanced formula is a long-lasting weedkiller. These small tubes are packed with power, for application through a watering can or pressure sprayer. It is recommended for use on gravel paths and drives and waste ground. It kills the leaves, kills the roots and prevents re-invasion of new seedlings for up to 3 months. The systemic action of Weedol Pathclear Weedkiller allows it to kill leaves and roots of even existing deep-rooted weeds, such as couch grass, dandelions and stinging nettles. It first kills existing weeds, with visible effects within 2 weeks or so. It then goes on to prevent new seeds from germinating for up to 3 months.

Weedol Pathclear Weedkiller can be applied at any time between March and September, but for best results apply in spring when the existing weeds are growing strongly and before too many new seeds have germinated. Because the formulation contains systemic weedkillers that go in through the leaves, apply on a dry day when rain is not expected.

Allow a few weeks after treatment for the weeds to be killed completely before removing the dead foliage.

Apply Weedol Pathclear Weedkiller to an area only once each year.

*A Delivery Surcharge of 50 pence + VAT will apply to delivery's in the London Congestion Charge Zone. Delivery charges are calculated during checkout. In some very rare cases, certain UK post codes may be subject to further P&P charges and customers. We will contact you with a revised delivery charge if applicable before we process your order.

***Free Click & Collect from any of our stores. To choose this, proceed to checkout as normal and select the delivery method "Click & Collect", then choose your preferred store.

In order to bring a better delivery experience, we have teamed up with Parcelforce enabling our customers to have more control over their deliveries.

Parcelforce offer interactive delivery options.  Once your order has been handed over to them, they will send you an email or text to inform you when they plan to deliver your parcel.  If this is not a convenient time, you will be able reschedule the delivery for a different day or to a different address such as a neighbour or a post office.

At Lawsons we are proud to provide an excellent customer service and total satisfaction in our products. As such if for any reason you are not completely satisfied with your purchase you can return it to us within 30 days of receipt for a full refund.

All we ask is that your item is returned to us in an unused, undamaged re-saleable condition, with all original packaging and labels. Simply contact us either by email or phone before returning your item to let us know your intentions, and return it to us within 30 days of receipt. Unauthorised returns (those that we have not been made aware of) will not be processed.

We recommend you use the original packaging and a tracked service to send your order back to us, and that you pack your item securely. Unfortunately we will not be able to refund you if it arrives back to us broken.

Please note that returns for undamaged/ not faulty items are sent at your own cost and our delivery charges unfortunately cannot be refunded. 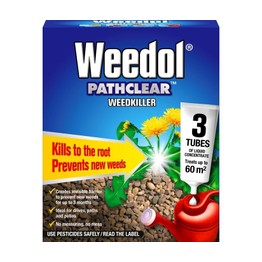