Mid January to the end of February is the perfect time to make your own marmalade. Why? It’s Seville orange season. This wonderful citrus fruit is a firm favourite for homemade marmalade, which actually only requires a few simple ingredients; your chosen fruit, sugar and water. It may sound simple, but the science behind it needs to be understood if you want to produce the perfect preserve. Follow our top tips and there will be no stopping you.

Seasonal fruit is a must and as it’s Seville orange season, there’s nothing better at this time of year. They offer a sharpness that can be perfectly balanced using sugar and the result is often a bitter yet sweet marmalade that is bursting with flavour. Outside of this season, you can use any regular citrus fruit that takes your fancy - oranges, grapefruit, lemons or limes. If you are including shredded peel in your marmalade we’d highly recommend that you lightly scrub the skins of your fruit under running water.

Before you start, you’ll need to make sure you have all of the equipment you need.

Probably the most important piece of marmalade making equipment you’ll need is a maslin pan.  These specially designed pans have a heavy construction at the bottom that helps to efficiently distribute the heat so that the marmalade or jam boils evenly.  These pans also have wide, deep sides that not only prevent the hot liquid from splashing but enable even evaporation.

Muslin squares are useful for many different marmalade recipes as they help to strain the pips and peel out.  You can tie it securely with a kitchen string or a thick rubber band.

A sugar thermometer is a must, particularly if you’ve never made marmalade before.  There are other ways to check the progress of your marmalade such as the wrinkle or flake test, but a specially designed sugar thermometer will give the most accurate decision that the setting point of 104.5˚C has been reached.

Jam jars - you will need a selection of these to store your homemade preserve in.  We think the Le Parfait jars are great. Your chosen jars must have tight fitting lids and it’s important to sterilise and pot the jam correctly.

You may find a stainless steel, wide-necked jam funnel helpful when it comes to potting your marmalade into jars.  Although it isn’t essential it may help to reduce a messy and sticky situation.

Pectin occurs naturally in fruit and it is this pectin that helps marmalade to set. Different types of fruit contain varying levels of pectin, for example Seville oranges are very rich in pectin. If you are using Seville oranges to make your marmalade, it’s a good idea to collect the peel and pips as they are incredibly rich in it. They can then be simmered, in a muslin pouch, with your shredded peel before you add the sugar which will help to release all of the pectin into your marmalade to ensure a great set.

Everyone has their own preference, but whether you choose thin, medium or thick cut peel for your marmalade make sure that you keep it consistent.  Uniformly cut shreds will produce the best results but it can take time to slice them evenly.  The peel will need to be really soft before you add the sugar because once it has been added, the peel will not soften anymore.  Your recipe may state that an overnight soak is necessary for this reason.

Sugar is essential when making marmalade because sugar is the preservative.  Due to the large amount required  to make marmalade, it’s crucial that you can make an informed choice.

Caster sugar is the one to avoid.  The crystals are too fine, which is great for baking but they will dissolve too quickly when making marmalade.

Granulated sugar is a good choice.  The large crystals will dissolve quickly and cleanly, resulting in a clear, amber liquid that best shows off your perfectly floating peel.  The difference between white granulated and the unrefined golden granulated is taste.  White granulated sugar makes a brighter marmalade, whereas golden creates a richer coloured preserve and offers a delicious, caramel flavour.

You could try a dark brown sugar or even treacle which will add depth and darkness however, you should proceed with caution and only use them if called for in your recipe or you are more confident and experienced with marmalade making.

Preserving sugar is specifically for preserve making.  It has much larger crystals than granulated sugar which allows for a slower dissolve, meaning less stirring and skimming.  Preserving sugar creates less froth resulting in a clearer preserve.

Jam sugar contains added pectin.  Due to the high, naturally occurring levels of pectin in the fruit, jam sugar is usually unnecessary for Seville orange marmalade.  It could be a good option if you are using different fruit, such as juicing oranges, to provide a higher pectin level and aid setting.

It’s important to sterilise your jars and equipment to avoid contamination and prevent the risk of mould growth.  Jars, lids and rubber jar rings can be washed in hot soapy water, rinsed and then the jars and lids can be placed in a roasting tin to be heat sterilised in the oven for 20 minutes at 140°C (120°C fan) gas 1.

To keep your utensils as clean as possible, sterilise them in a large pan of water and bring to a low boil.  Dip metal tongs into boiling water to sterilise them as well before removing utensils and allowing them to cool briefly in the air before using.

When all the sugar has dissolved and you have a clear syrup the temperature should be increased to encourage a rolling boil and will bubble well.  The boiling stage will allow the pectin, sugar and acidic fruit to work together to make the marmalade set.

It's crucial to highlight that Seville orange marmalade shouldn't be stiff; instead, it should have a jelly-like set and spread easily.  The setting point is the stage at which the preserve will set once it has cooled to room temperature and there are a few ways to check the setting point has been reached:

It’s a good idea to remove your pan from the heat whilst you test to see if it’s set.  Leaving it to boil as you do so could risk boiling away the water content leaving you with a dark, thick and rubbery marmalade.

Allowing your marmalade to cool a little and relax before potting helps the marmalade to thicken slightly so that the peel remains evenly distributed and doesn’t rise to the top.  The marmalade should be kept at temperatures above 85 degrees C to kill any mould spores, and once potted, put the lids on as soon as possible to create a vacuum.

Sterilised jars can be filled whilst still hot and keeping them in the roasting tray ensures any drips are easily cleaned up.  Fill your jars as full as possible, air left in the jars could lead to contamination.

Wax discs aren’t necessary if your lids are really tight.  But, many people still like to use them.  In which case, add wax discs shiny side down, to the surface of the marmalade to create a seal and secure the lid while hot.   Once cool, tighten the lids again and clean any residue from the outside of the jars with a warm wet cloth.  If labelling with sticky labels, wait until the jars are cold before applying them otherwise they could just peel or slip off.

We hope these top tips have given you inspiration to get creative in the kitchen and will be useful to help you make your own delicious marmalade at home.  Why not take a look at our complete collection of marmalade making products for everything you need to get started. 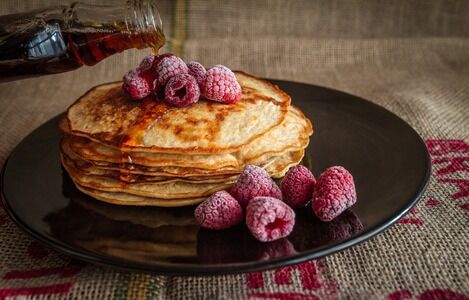 We have so many amazing offers for you at Flavour Fest 2016 - can't believe they all fit in the marquee!PoachiesFlavour Fest Special Offer: £2.39 Each Or 2 For £4.50 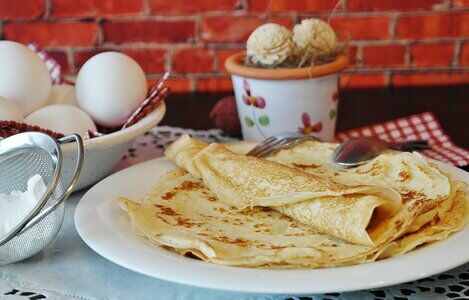 What is Shrove Tuesday and why do we eat pancakes? 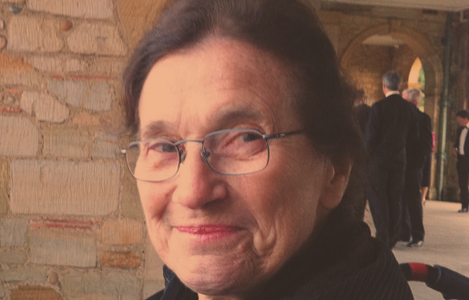 We are deeply saddened to announce that after a short illness, Jennifer Lawson, of Lawsons of Devon, passed away on 29th February, surrounded by her family.