January ushers in the prospect of the new. Resolutions are made (and sometimes broken), traditions upended and the future embraced with new gusto.

The New Year heralds the arrival of lumpy and bitter Seville orange the star of the show in the marmalade making world and a tradition worth hanging on to. I love to get stuck in to the festivities and make batches of that bitter-sweet breakfast favourite…marmalade. And Sevilles simply make the best.

Seville oranges are not the prettiest fruit and their season is short, so you need to grab them late January and early February when they are at their best. And make sure you batch cook so you have a supply of that unctuous amber preserve to last through the Seville-free months.

Creating that tantalising tang is simpler than you think. With a bit of slicing, stirring and bottling you’ll have a delicious golden preserve to grace your table throughout the year as a perfect partner to toast, cakes and glazes – or to offer as a homemade gift.

Marmalade has become a quintessentially British preserve but the origins and name are from further flung destinations. Original marmalades have associations with Portuguese membrillo paste (made from quince) which was imported to Britain during the early 1600s - the name marmalade comes from the Portuguese word marmelo which means quince – with marmalade the word catch-all word for all fruit preserves.

The first British marmalade recipe was documented in a recipe book by Madam Eliza Cholmondeley around 1677. Her ‘marmalat of oranges’ recipe resembles the marmalades we make today, though the process involved removing the peel and soaking it for four days. Back then marmalade was eaten as a sweetmeat rather than an accompaniment and was the preserve of the upper classes because sugar was an expensive commodity.

Whether you like your marmalade thick or thin cut, nothing beats making your own. Embrace the short Seville season and get stirring – it brings a golden glow to what can be a gloomy month and spreads a little sunshine throughout the year.

1. Put the whole oranges and lemon juice in a large preserving pan and cover with 2 litres/4 pints water - if it does not cover the fruit, use a smaller pan. If necessary weight the oranges with a heat-proof plate to keep them submerged. Bring to the boil, cover and simmer very gently for around 2 hours, or until the peel can be easily pierced with a fork.

2. Warm half the sugar in a very low oven. Pour off the cooking water from the oranges into a jug and tip the oranges into a bowl. Return cooking liquid to the pan. Allow oranges to cool until they are easy to handle, then cut in half. Scoop out all the pips and pith and add to the reserved orange liquid in the pan. Bring to the boil for 6 minutes, then strain this liquid through a sieve into a bowl and press the pulp through with a wooden spoon - it is high in pectin so gives marmalade a good set.

3. Pour half this liquid into a preserving pan. Cut the peel, with a sharp knife, into fine shreds. Add half the peel to the liquid in the preserving pan with the warm sugar. Stir over a low heat until all the sugar has dissolved, for about 10 minutes, then bring to the boil and bubble rapidly for 15- 25 minutes until setting point is reached.

4. Take pan off the heat and skim any scum from the surface. (To dissolve any excess scum, drop a small knob of butter on to the surface, and gently stir.) Leave the marmalade to stand in the pan for 20 minutes to cool a little and allow the peel to settle; then pot in sterilised jars, seal and label. Repeat from step 3 for second batch, warming the other half of the sugar first. 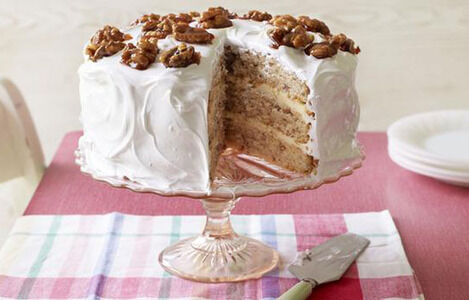 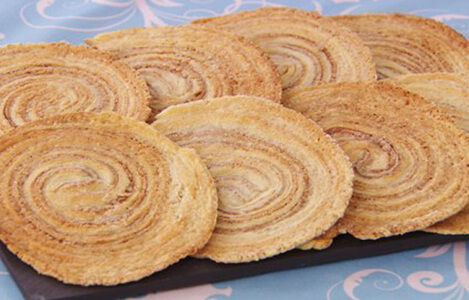 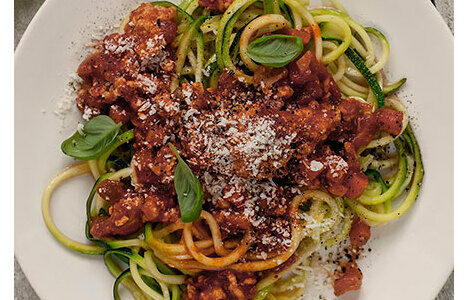 Ever found yourself wondering 'what is courgetti?'

Us neither! But with the rising popularity of gluten free and raw food diets, it's becoming increasingly popular and is quote the staple for health conscious eaters.